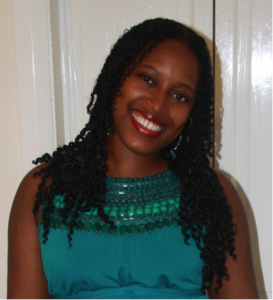 NEWSFLASH: Tonya Joy Bolton has just been announced as the 2015 winner of the Barnardos Marsh Trust Award for Outstanding Achievement in Work with Children and Families!

Tonya Joy Bolton is an accomplished Writer, Actress and Empowerment Specialist. She has over 15 years’ experience of training other artists and working with vulnerable people, particularly young people who have poor emotional well-being, mental health and social difficulties. As the founder of not-for-profit organisation ICU Transformational Arts, Tonya is the author of ‘Empowering young people for success: practical tools for transforming lives.’ She has also co-authored 18 books and written many plays on a wide range of topics.

Through her ground-breaking work, Tonya has been raising the aspirations and attainment of vulnerable people while reducing the likelihood of risky behaviour, such as anti-social behaviour, teenage pregnancy, self-harm and eating disorders. In 2014 Tonya was a finalist for the NWG Network Outstanding Contribution to Victims Awards and her organisation ICU Transformational Arts wasshortlisted for the National UK Sexual Health Awards.

Born and bred in Birmingham, Tonya has delivered life-changing programmes and performances extensively throughout the UK and also internationally. From inspirational talks with refugees or sixth form students, to performing powerful poems to mark occasions like International Women’s Day, Tonya’s list of appearances and work to support vulnerable people spans several pages. She has gained a reputation for her highly acclaimed motivational talks such as ‘Speaking your truth’ and ‘The Power of Choice’.

Tonya is not afraid to speak about taboo issues and spark debate. So far more than 4,000 girls have participated in ‘Breaking the Silence’ empowerment programme which is a National course Tonya designed to help prevent young people from sexual exploitation and self-harming. Central to the course, and key to its success, is a specially designed one woman play called ‘Hidden’ involving a teenage girl being exploited by an older man.

Tonya is passionate about utilising the creative arts to help people break destructive cycles and move forward into the life they want and deserve. She found that the most effective way of getting her messages across was to use her acting and writing skills and set about getting highly qualified in these areas. Despite financial hardship, Tonya’s determination to expand her knowledge in order to help others saw her completing a BA Hons Degree in English and Gender studieswhilst homeless and then going on to gain an MPhilin Theological Studies. She is currently completing a Masters degree in screenwriting for Film & Television and also has qualifications in counselling and NLP.

Tonya’s own life reads like a movie packed with all sorts of adventures, trials and triumphs along the way. She has overcome bullying, been homeless, suffered from domestic & sexual violence. She also survived a traumatic house fire and went on to take part in a charity fire-walk.

Jon Trevor spent 25 years working in the theatre as an actor, director, writer and tutor, directing productions in the UK and abroad for companies such as Theatre Roundabout, the MAC and Birmingham Rep. He has been artistic director of three theatre companies, including Theatre Venture in the London Borough of Newham, and Theatre Foundry in the West Midlands. He set up and successfully ran The Works, an Arts Council funded company which toured new plays to national audiences, including the acclaimed “A Brief History of Time, The Stage Show” having been granted the rights to the bestselling book by Stephen Hawking.

For the last 11 years Jon has worked as a trainer and facilitator, taking all the lessons and skills of the theatre into the corporate world. However he has by no means given up his theatrical activities. In 2009 he set up Box of Frogs, an improvisation workshop and performing group in Birmingham. With Box of Frogs he has performed at the Lamp Tavern, the Patrick Kavanagh, Kitchen Garden Café, the Old Joint Stock, The Blue Orange Theatre and other Birmingham venues. The group have also taken part in improvised performances at the Cockpit Theatre in London.